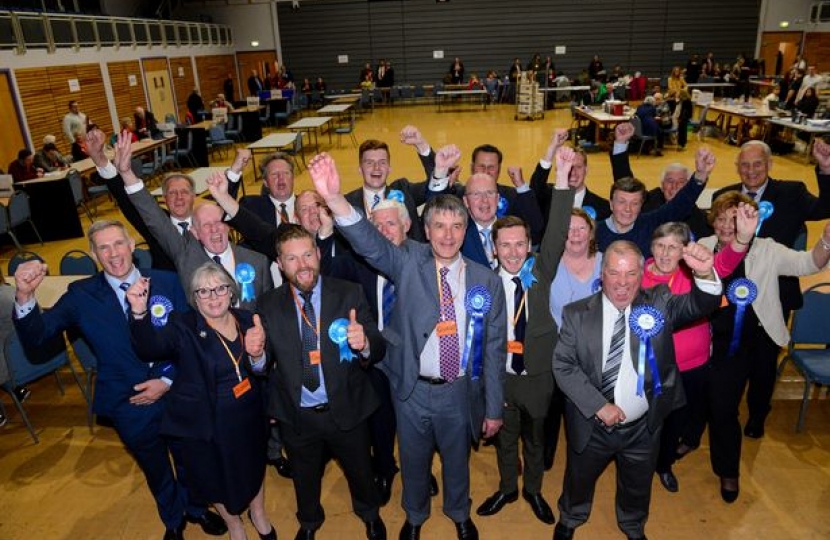 For the first time since its creation in 1996, the Conservatives have taken control of North East Lincolnshire Council after receiving the backing of 48% of voters in this years local elections. The Conservatives gained five councillors in the Freshney, Park, Yarborough, Croft Baker and Immingham wards. This is a fantastic result which shows the strong desire for change following a string of bad decisions and mishandlings by the Labour administration.

The first priority for the new Council was dealing with Tollbar roundabout. The new council leader, Cllr Philip Jackson, met with the council’s chief executive immediately to put a halt on plans to install traffic lights whilst alternatives to mitigate risk to pedestrians could be considered.

Though it is clear that local residents are angry and frustrated that the Brexit process is dragging on, many I spoke to during the campaign explained that they were prepared to give the Conservatives the benefit of the doubt as we have a position and still support Brexit. The same cannot be said for Labour who are gradually shifting their position to remaining in the EU.

I will work with the new Conservative administration, just as I worked with the Labour-led Council before it, to achieve the best results for my constituency.

Liam Fox MP: Let's Stick to the Facts on Coronavirus

This article originally featured on the Conservative Home website.

Liam Fox is a former Secretary of State for International Trade, GP and army medic. He is MP for North Somerset.