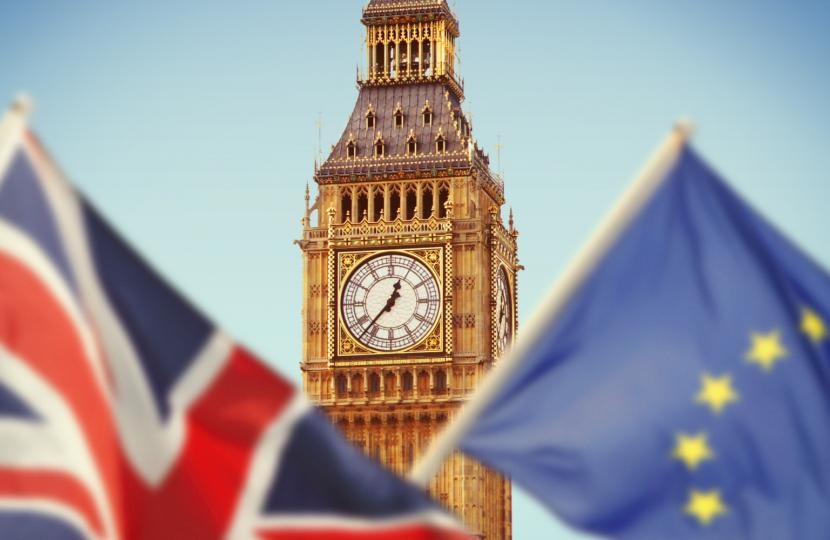 I have always supported leaving the European Union and campaigned for this in both 2016 and 1975. My vision for Brexit was spelled out almost exactly by the Prime Minister in her Lancaster House speech where she outlined the following objectives: taking back control of our own laws; taking back control of our borders; free trade with European Markets, and the ability to sign new trade deals around the world.

Unfortunately, since Chequers, Mrs May has diverted from this. The Withdrawal Agreement put to parliament on 15th January was unacceptable to the majority of MPs and was defeated 432 votes to 202. The main concern for most MPs centred around the backstop which could lead to Northern Ireland staying in the EU customs union, large parts of the single market and the EU VAT system while the rest of the United Kingdom leaves. The backstop could be used by the EU to achieve further concessions from the UK surrounding such areas as access to fishing waters or in relation to Gibraltar. Without a deadline or means for the UK to withdraw, this is simply unacceptable.

We should not be afraid to leave without a deal – a phrase that is something of a misnomer as it actually means leaving without one, single, all-encompassing deal but rather with a series of deals covering aviation, medicine, workers’ rights etc. and the World Trade Organisation rules as the minimum basis for trade. In many ways this is actually preferable to a single deal as it would allow us to escape many of the downsides of the deal currently on the table.

However, I cannot see the Government surviving until 29 March to deliver that given the pressure from remainers in the House of Commons, media and big business. It is quite possible that, without a deal, we will not leave the EU at all.

Backbenchers have already tabled a range of amendments calling for Article 50 to be suspended, a range of indicative votes to be held, the creation of a citizens’ assembly, and a second referendum. Each of these is designed by remainers in parliament to thwart Brexit altogether.

What we now need to achieve is an end-date to the backstop and accept the reality that this is the best we can get otherwise we could end up in a deal that prevents us from implementing trade deals and having to keep free movement or, perish the thought, Remain.