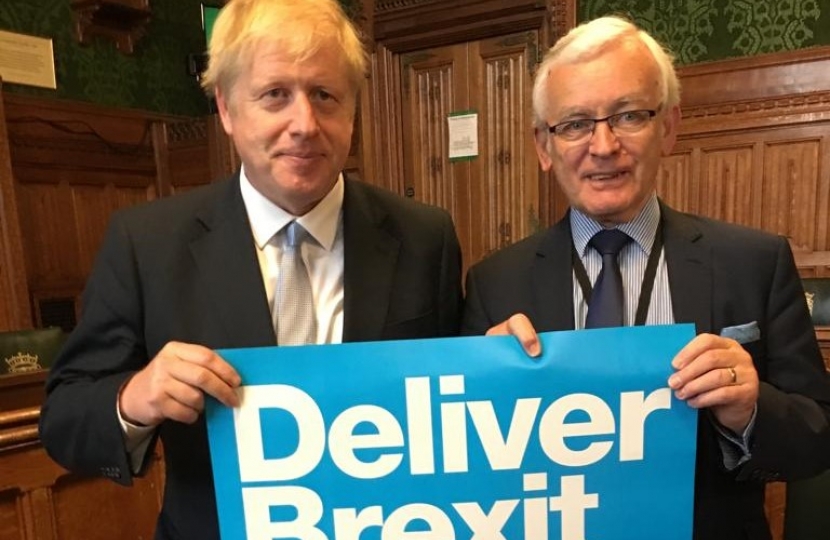 It is with some disappointment that we have reached this point. Having risen through the ranks of the Party, served as a councillor and by her background Theresa May was, in many ways, my kind of Conservative, yet her inability to achieve consensus for a Brexit deal made her early departure inevitable and essential. She approached the role dutifully and always acted in what she viewed to be the national interest, for this we owe her gratitude. Nevertheless, we must now elect a new leader who is ready on day one to become Prime Minister and tackle the challenges that lie before us.

The most pressing issue facing the new Prime Minister is obviously Brexit. It is essential that we leave the EU at the earliest opportunity to fulfil the wishes of the British people and I believe Boris Johnson is best placed to secure our departure by October 31st. He has been very clear that there will be no more extensions and we leave on Halloween, come what may. Crucially, and in comparison to his predecessor, Boris will make the positive case for Brexit, not just treat it as a damage limitation exercise.

In my private discussions with him, Boris has been particularly supportive of freeports, a policy I promote as chairman of the APPG for Freeports, as a cornerstone of our international trade policy post-Brexit. If implemented around the Humber ports, my constituents in Cleethorpes could see a great deal more investment in the area, with new business opportunities and a large number of new jobs.

Freeports are just one of the issues Boris is supportive of that would directly affect my constituents for the better. He has also been a vocal supporter of regeneration issues, particularly in those areas that have been left behind by successive Governments of all colours. He recognises that this is part of the reason for the Brexit vote and will make improving rural, coastal communities a key feature of his premiership. He has already recognised the importance of the Greater Grimsby Town Deal, which provides funding, jobs and investment in our local area. The Deal, which is the first of its kind, is now a model for towns across the country. City deals have played a major part in the regeneration of many of our cities and it’s no time to see similar investment in our provincial towns and coastal communities.

On a topical note, Boris has also personally committed to reopening Suggitt’s Lane level crossing if he becomes Prime Minister. This may require legislation, and residents should not expect an instant reversal of Network Rail’s plans, but it is the clearest and most supportive commitment I have received from any politician to date.

On a party-political point, last weekend, I polled members of my local Conservative Association on their preferred candidate out of the six who remained in the race. On 65%, Boris was the clear winner with the second-place candidate securing just 13% of the vote.

As we know, he is a proven winner. As the only Conservative to win the London Mayoralty, not once but twice, then to spearhead the Brexit referendum campaign and deliver a clear victory, despite all the odds, we can see the broad appeal that Boris has with the electorate.

As Mayor of London, Boris’ great strength was to appoint talented people to the top jobs to ensure the very best results for his constituents. As Prime Minister, he would appoint a cabinet of all the talents to address the challenges that face the nation.

With the right team in place, I strongly believe that Boris is the candidate best placed to take the fight to both Farage and Corbyn. He has outlined a positive vision for our country which tackles the fundamental issues we face and will deliver the Brexit the British people voted for.