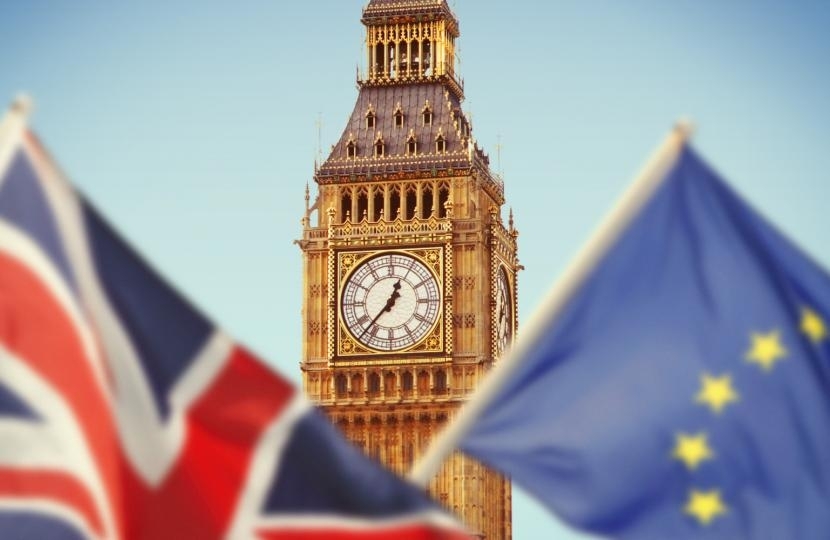 I have always supported leaving the European Union and campaigned for this in both 2016 and 1975. I was confident that my Cleethorpes constituency would vote to leave and they duly delivered by 70 per cent to 30.

When I arrived in Westminster nine years ago I joined the European Research Group (ERG) and have consistently voted first to achieve a referendum and subsequently to deliver the most robust version of Brexit possible.

My vision for Brexit was spelled out almost exactly by the Prime Minister in her Lancaster House speech where she outlined the following objectives: taking back control of our own laws, control of our borders, and the ability to sign new trade deals around the world.

Unfortunately we are now a long way from that vision. The Withdrawal Agreement put to Parliament on 15th January was, as we know, not just defeated but slaughtered by a majority of 230, and yet, bizarre though it may seem, it remains the only deal on the table.

The main concern for most MPs centres round the Irish backstop which could lead to Northern Ireland staying in the EU Customs Union, large parts of the single market and governed by EU VAT rules. The backstop could be used by the EU to achieve further concessions from the UK surrounding such areas as access to fishing waters or in relation to Gibraltar.

We should not be afraid to leave without a deal, something confirmed by senior businessmen and women when I attended a dinner arranged by the Hull & Humber Chamber of Commerce last Thursday evening.

They recognised there were potential problems but could also see opportunities, even without a deal. What a pity so many members of the Government have been silent when it comes to articulating an optimistic vision for a post-Brexit Britain.

So where are we now? We are faced with what I trust will be a carefully-crafted, legally binding addition to the Prime Minister’s deal. Labour have already betrayed millions of their voters. We Conservatives must not do the same. Those of us who are passionate Brexiteers must now decide how we ensure we leave, and leave we must on March 29, for if we don’t the Government’s credibility will be in tatters.

The Remainers in Parliament have undermined our negotiating position at every opportunity.

Of course ‘no deal’ should remain on the table, but the PM has been forced to put that to a parliamentary vote if she fails to get a deal through and it’s almost certain parliament will vote to further weaken our negotiating position. So much for honouring the referendum result.

Sadly, I cannot see how we can achieve Brexit other than by supporting a revised version of the PM’s deal as described above.

If we can reach a compromise on the backstop we have to accept the reality that this is the best we can get otherwise we could end up in a deal that prevents us from implementing trade deals, having to keep free movement or, perish the thought, remaining an EU member.

This excellent article by Janet Daley in the Telegraph also reflects my views. 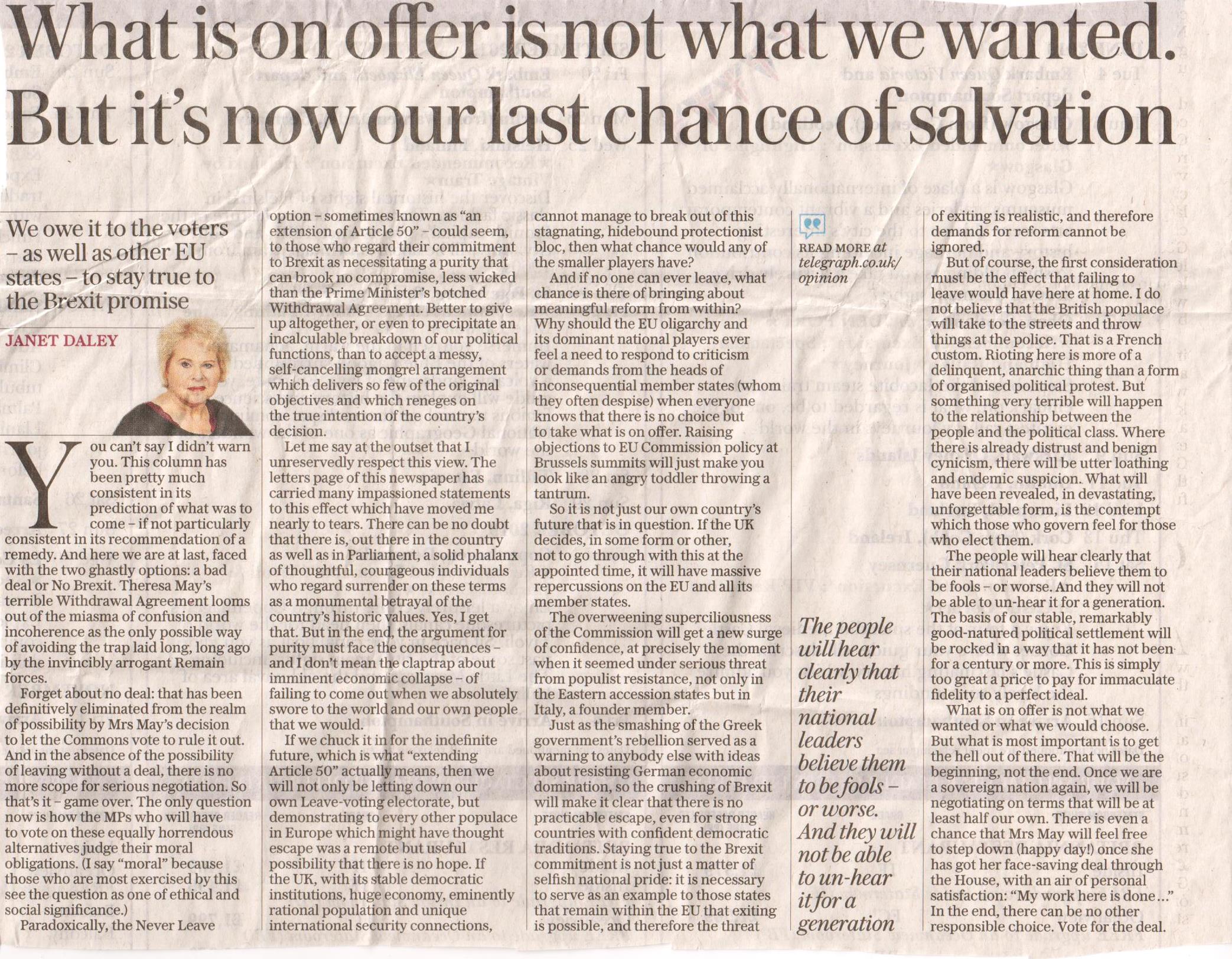