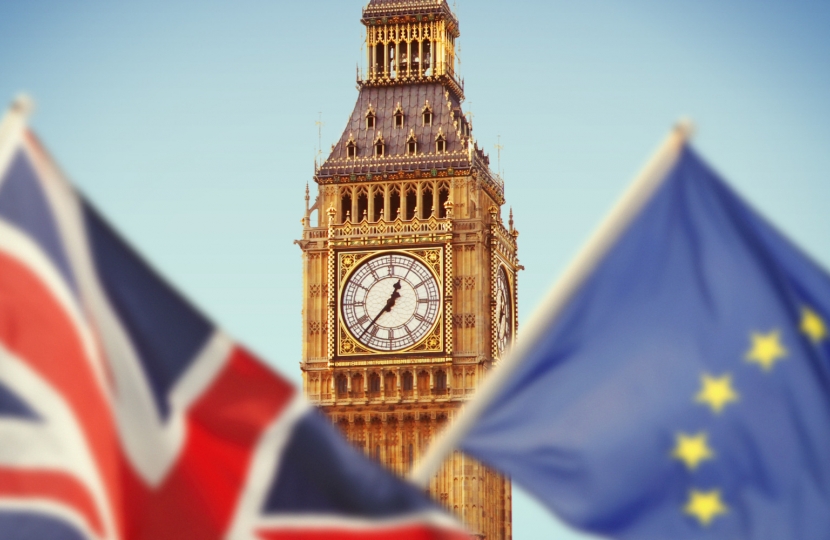 Like many of my colleagues, I was disappointed with the Chequers agreement and the subsequent white paper that will be presented to Brussels as the UK’s opening position in the negotiation of our future relationship with the EU. The Government must remember the referendum result and deliver what my constituents voted for; namely, to take back control of our borders, our laws and our money.

As a member of the European Reform Group (ERG), I was delighted that the Government accepted our four amendments to the white paper which set in law the following:

1) The UK will refuse to collect duties for the EU unless member states do likewise,

2) Government must agree in law a commitment to never having a border in the Irish sea,

3) The UK must have a separate VAT regime to the EU,

4) Government must introduce primary legislation if they intend to keep us in the Customs Union.

It is important to remember that the Chequers Statement is not the final deal. It is worth waiting to see how the negotiations develop before passing final judgement. However, I have been extremely clear to Government, both publicly and privately, that the UK has already conceded too much to the EU and no further concessions should be countenanced.

It is impossible to avoid the fact that the Prime Minister leads a minority government. Let’s acknowledge that a great deal has been achieved so far, such as the triggering of Article 50 and the passage of the EU Withdrawal Act. The Act repeals the European Communities Act 1973 that took us into the then EEC. This means that the UK leaves the EU next March, deal or no deal. Only another Act of Parliament could reverse that and, of course, the EU would have to accept us back – most likely on worse terms.

I implore the Government to be more robust in their approach to negotiating with Brussels. Fortunately, I have been encouraged by the suggestion from the new Brexit Secretary, Dominic Raab, that this is what he will do as well as the suggestion that the Government will also take further steps to prepare for a no deal scenario.

Talk of crashing out with no deal is a phrase used by those seeking to reverse the result of the referendum. In reality, we will continue to trade with the EU countries under rules governed by the World Trade Organisation (WTO) which is a rules-based structure under which we trade with non-EU countries.

The consensus among economic forecasters is that 90% of growth in world trade over the next decade will be outside the EU. That is where our focus should be whilst continuing to develop trade with EU nations.

Finally, it is important that the Government emphasises the benefits of Brexit more. Rather than seeing it as a problem to be overcome, Ministers must present it as an opportunity for our country, just as the voters did in June 2016.