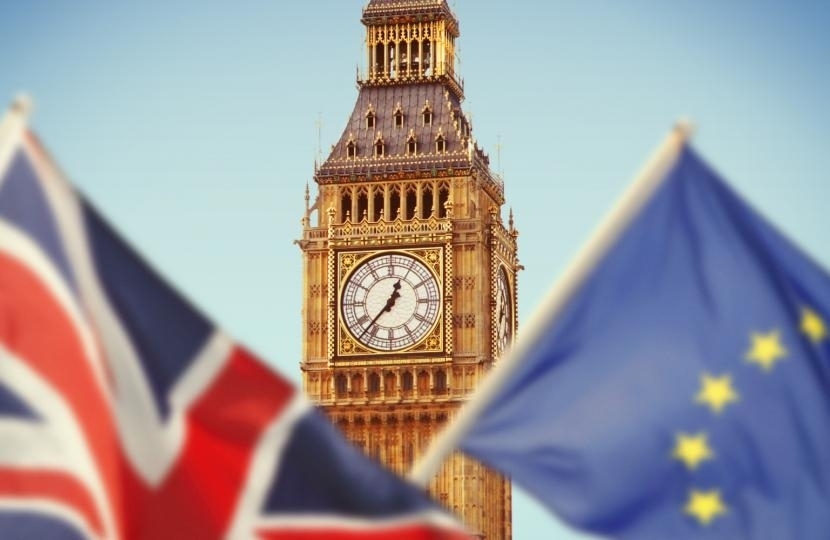 As many of you will know, I have been a Brexiteer for over four decades. I supported and campaigned to leave the then Common Market in 1975 and 41 years later campaigned to leave the European Union in 2016. The result of the referendum was very clear and provided the largest democratic mandate in UK voting history with 17.4 million people voting to Leave.

Since 2016, the Remainer establishment has used every trick, broken numerous conventions and bent every rule to prevent Brexit being delivered. However, that has not broken my resolve, nor has it broken the resolve of the millions of people across the country who backed Brexit and it has certainly not dented the determination of our new Prime Minister.

The Prime Minister now has a new deal, a better deal for the United Kingdom. This is a deal that delivers Brexit, takes us out of the Single Market and Customs Union and ends Freedom of Movement while protecting workers rights, safeguarding the environment and protecting our NHS.

This is a deal which should secure parliamentary approval. At its second reading, Boris Johnson again defied the odds and passed the first stage of the legislative process with a majority of 30 votes. But then the Remainers fought back with their usual dirty tricks. They voted against the timetabling motion, without which no bill can proceed, which ensured it would not pass in time for 31st October. They then intended to frustrate Brexit further with amendments to alter the deal, force the UK into a customs union with the EU and impose a second referendum. I want to be clear, under no circumstances would I countenance revoking Article 50 to overturn Brexit, nor would I insult the voters by supporting a second referendum and I will not support a customs union which would prevent the UK striking free trade deals around the world.

Rather than waste time and continue to play by Remainer rules, Boris Johnson decided to call their bluff. He called an election, three times refused by Jeremy Corbyn, for 12th December and now it is over to the electorate to decide what they want, Boris Johnson or Jeremy Corbyn, running our country.

With Boris Johnson as Prime Minister, we will have the decisive leadership this country needs. Delivering on the will of the people, getting Brexit done and providing solutions to the array of issues the country faces: recruiting 20,000 extra police officers, providing £20 billion extra to the NHS, raising the living wage for 4 million people, and increasing defence spending by £2.2 billion.

Or, you could elect Jeremy Corbyn with more dither and delay over Brexit, supporting months of continued negotiation followed by a second referendum seeking to overturn the result of the first. Implementing economic policies that will make people poorer, driving down investment and harming the UK’s security by opposing trident and talking down our armed forces.

It is clear to me which is the better option and I would urge local residents - 70 percent of whom voted to leave the EU - to support the Conservatives as only a majority Conservative Government can guarantee Brexit.

Keep up to date with the latest Brexit news.

Freedom of Movement must remain a red line in Brexit negotiations. 21/1/19

The EU must show flexibility to secure a Brexit deal. 16/1/19